Cooling effect to beverage – Aircanditioner has been proven to decrease the temperature of a beverage approximately 5 degrees Fahrenheit within the first 15 minutes, and will continue to insulate the beverage similar to a standard koozie thereafter.

Ergonomic – Ergonomic airflow output angle
​
Sound level – Aircanditioner operates at less then 60 decibels, about the level of a normal conversation
Infrared image of AirCanditioner in use. Note the blue region of cold air streaming out the top. 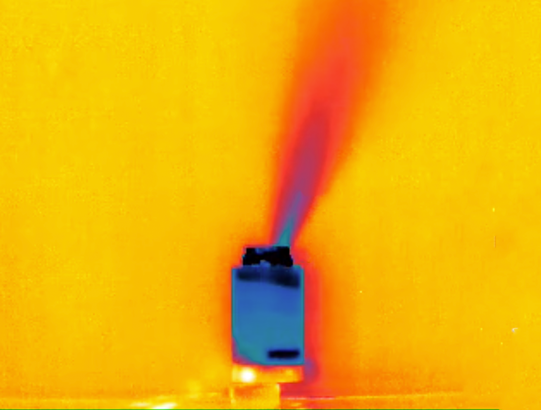 Temperature Functional Testing:
We evaluated the cooling performance of AirCanditioner on a hot day by measuring temperature in various locations using four thermocouples and a four channel data logger. We measured: